Taylor Doran was someone I knew since I was seven years old. We were classmates at Don Benito and Wilson, our fathers met frequently at the model train shop, and we only lived a few blocks apart. On the first day of high school, however, I was very surprised to see her on the Lake Avenue bus. As I am quick to misidentify people, I waited a few days before reviving the friendship.

She went to the school of the arts at Cal State LA, with a whole cadre of weird theater people (mostly women), and I thought it prudent that I should have an in with them in case I wanted to make a student film. Also, my first real “date” was with her, at what I thought was a Nural concert in Westchester but was in fact a whole set of concerts by hardcore bands that left us both meek and embarrassed.

When I invited her to my birthday party, she turned it around and invited me to hers. This was strange, because her birthday was in October, and I suspected something was up. I was hoping for her to confess her undying love for me. What I got was a toga party where I was one of only two men. It was way too cold for a toga party, but whatever. But everyone suddenly cried out when Taylor put this song on. I’ve never understood why, but perhaps she could writer her own music series and we could find out. On the plus side her boyfriend was nowhere to be found. 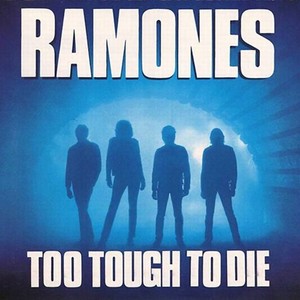 When: 10 December 2005
Where: Allegre Lane
Who: My mother
Weather: Cool, clear

16, as I am told, is an important age, so I wanted to mark it appropriately big by inviting many people I hadn’t seen. One of these, of course, was Alex, the girl I had a crush on the year before. This song was on as I got out of the car and marched the world’s longest half-block to her house to hand-deliver her invitation (as I did with everyone). She respectfully declined.

But this story is not about her, it’s about someone else, who I’ve never mentioned but was always there, sort of like this guy:

Next: A mysterious familiar girl.

When: 15 November 2005
Where: Lake Station
Who: Nobody
Weather: near-freezing

At the end of October you were happy just to be able to wear a jacket. Aside from Thanksgiving, November in Southern California had no personality to speak of. That is, until I was old enough to go out in the dark.

It was after a particularly damning trek home that I found myself exiting Lake Station in total darkness– black skies, no stars, none but the homeless wandering about– and in the midst of listening to this song I began to replay the year in my head. The endless storm that nearly cost me my sanity. The labored infatuation I destroyed in the process. The girlfriend I tried to steal from a friend before someone else did. The many classes I’d nearly failed before rescuing myself at the last minute. The massive fight I’d started.

I began to wonder what horrible trouble I would get myself into in the year to come. I was accustomed to being short, weak, unsocialized, and humorless; and that November it didn’t once occurred to me that I wasn’t even like that anymore. I was tall, strong, nice. People liked me. I’d even developed the ability to make jokes on the spot. People liked having me around.

On the verge of turning sixteen, it was as if I had become a real, full person. But who was he? And what was his name?

When: October 2005
Where: Outside San Marino Fish Market
Who: My mother
Weather: Cool, partly cloudy

When I hear this song, I think of Lost.

The first time I went to the San Marino Fish Market was a year earlier. I got off the bus from school at Huntington Drive, expecting to take the 79 bus the rest of the way. Typical for the time, the 79 bus went an hour without showing. I looked at the bus bench on the other side of the Boulevard and noticed an advertisement for the new show Lost.

“What a shitty-looking show,” I thought to myself, recalling tv spots for what looked like a really expensive, overwrought survival soap opera.* Of course, Lost was in reality the exact type of show my friends and I would enjoy, but that fact terrified ABC executives. When Lost came on the air, all acknowledgment that such a show existed vanished.

Skip ahead one year. I was a design major at DBTI, and wasn’t going well because we had to take a construction class and I had no idea what I was doing. To dull the pain, I started talking to my classmate Ethan about this weird, crazy, awesome show I was watching the night before, which he informed me was Lost, now beginning its second season. For the show, as for me, it was the breakout period. No longer would I settle in to watch Reba just because it was on. I was a professional appreciator, and my tastes would be king at my high school. Though to be fair, the class president and star football player was also a huge fan of Doctor Who.

It was with this sense of promise that we pulled onto the curb for another Thursday-night dinner.

*Not including the television’s most loathed character Kate.

Next: Stalin smiles and Hitler laughs. Churchill claps Mao Tse Tung on the back.

When: August 2005
Where: Somewhere on the central coast
Who: My bubby
Weather: Foggy
Book: The Mother Tongue by Bill Bryson

It was a good trip, despite the serious amount of bickering between my mother and myself, and it was clear that I shouldn’t go places with my family anymore. I think we got in a fight over the withdrawal from Gaza that was going on that very week. She went out for a walk that ended up taking a very long time, leaving me in the car with a book and my CD player. I was hungry. If you don’t know me, I’m very skinny, and must eat like crazy the moment I’m hungry. This was not great.

Next: What’s in the hatch?

When: August 2005
Where: the northbound Pacific Surfliner through Simi Valley
Who: My father
Weather: Foggy
Book: The Mother Tongue by Bill Bryson

My mother and Bubby were going to our semi-regular place of vacation, and rather than suffer that trip in a small* car I opted to take the train.

*Small by American standards, midsize by all other standards except Venezuela.

Those suburban tract homes looked like they were made out of cardboard. “They’re projects for the rich,” I said. They weren’t really for the rich, they were for Chinese immigrants, but it was the same idea. They’re mostly abandoned now.

Three things happened during summer school. One, I flirted with Matt’s girlfriend, who left him for a short Irish meathead with a mysterious talent for baking. Two, Matt and I flirted with Stephanie, the first of many strange girls on the bus. Three, an 8th-grader picked a fight with both of us, and paid the consequences for his maladjusted suburban belligerence by earning the nickname “Rainbow.”

And this song was very popular.

Next: A song about Jack Donaghy’s management style.

Sam Aronow
Create a free website or blog at WordPress.com.